*Yawn* As I predicted since the announcement of the AF teaching faculty, ALL the students’ vocals were mediocre, and Cikgu Syafi has YET to DO ANYTHING with expanding their vocal talents. Someone just give her a slap on the head and GET HER TO DO WHAT SHE’S SUPPOSE TO DO! OK, I’ll just hold that thought for a while and go through my comments starting with:

EBI: It breaks my heart to say this to a fellow Sabahan, but his facial mimic was all wrong for this song, and his voice and performance were pathetic. Ebi gave us a sample of his vocal prowess (or rather, lack thereof) in Diari AF week 1, but I still kept my fingers crossed hoping I was just hearing wrong. As soon as he started singing Sudirman’s “Milik Siapakah Gadis Ini” though, I right away wished that he would be the first person voted out of AF. And I was almost on the spot, if not for the fact that Diya screwed up her performance, and Zana pulled out at the last minute. 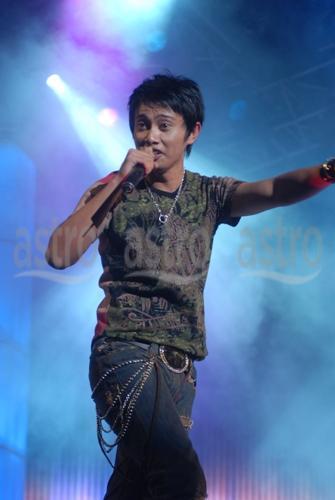 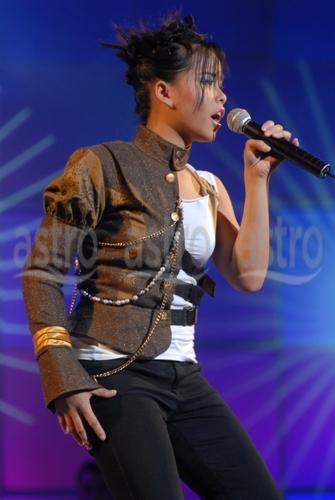 CANDY: I’m glad the members of the jury noticed Candy’s vocal tone, something that appealed to me as well when I first heard it through Tirai AF. Just like Ogy A.D., I couldn’t understand a word of English she said, but I can tell that she gave her best during her performance. If she’s given songs such as — oh, I don’t know — Joss Stone’s, I have a gut feeling that she may just amaze me (save for her English pronunciation). Candy was one of only TWO participants at this point to receive positive reviews from all three jury members. 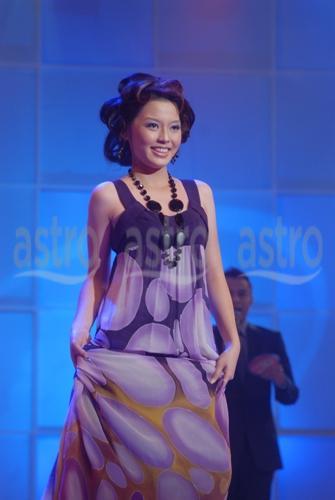 NONI: You see, the major downside to Noni is that although she has good vocal tone, her range is very, very limited. Her performance tonight could have been OK, if not for her attempt to get the audience to join in (when you don’t have enough stage presence and confidence, an effort like this gets very lame). Her lack of maturity doesn’t help with her popularity either, but since she just got out of high school, I won’t bother saying much about that.

Bosan (bored), I tell you. The show and its people couldn’t match the intensity that was AF2 and AF3. So I wait, yet again, amidst the constant illnesses that are befalling Akademi Fantasia students, and hope that after concert number 2 there is something worthwhile to be excited about.

Check out my other posts: « Bump: AWARD NOTIFICATION: FINAL NOTICE(you are the winner) / Long time no hear »

Posted on 20 March, 2007 under Elsewhere and tagged with akademi fantasia, sabahan