I realised that my anxiousness about travelling to the two-day Google Community Summit Asia 2014 was less about being on a plane, and more to do with one of the activities that was to run during the event: Co[de]sign for Sri Lanka. We were e-mailed about it weeks before the summit started, and it was to be my first taste of an ideation/startup session. 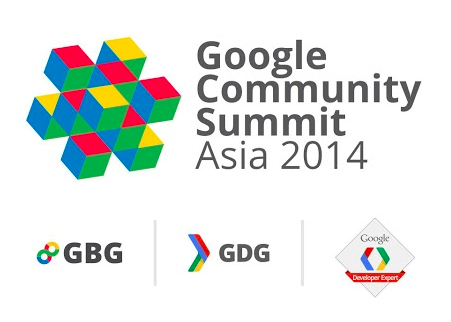 At first, I was pretty excited about the idea of creating an app that could benefit a country as a whole, as well as the idea of collaborating on creating an app together with people from different parts of the world. I was even able to form a group with other similarly eager community leads just by e-mail. As the summit came near, though, I started to doubt whether I could do it and not put my team mates down. I am just a mere web developer. 16 years’ worth of web development experience, no doubt, but still a mere web developer, who graduated with a business degree instead of the hardcore computer science degree. And I haven’t done compiled languages for years. What kind of app could I possibly create with just these mediocre AMP stack skills? So as much as I tried to prepare myself by reading about epidemic reports and Google Maps APIs, that nagging feeling continued to grow at the back of my mind. 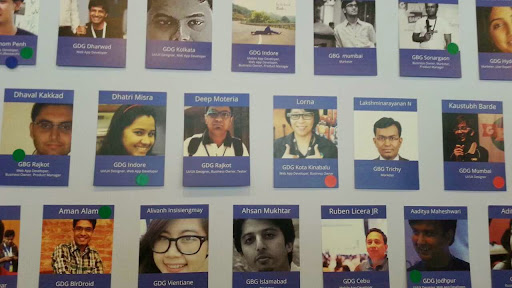 The design sprint happened on the 2nd day of the summit. We were divided into groups of four to six people (or slightly more). I was glad that I grouped up with other leads from India, China, Philippines, and Malaysia earlier via e-mail, because forming groups is actually hard, particularly since we didn’t know each other in person and that the organisers require that the group consist of a mix of business and developer leads from different countries, and things were sort of chaotic up till the sprint started. 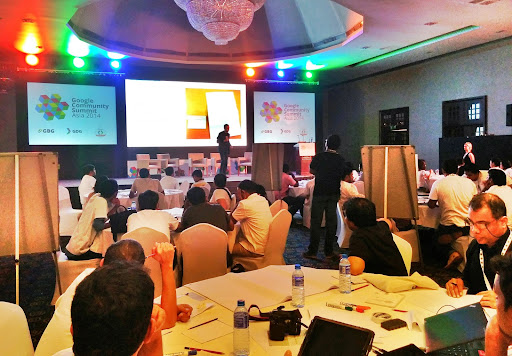 I finally grasped the gravity of the situation and about how bad I didn’t want to let my teammates down. And I actually started stressing out over the rapid process of feature designing. While Daniel Franc did a very good explanation of the entire process, and our facilitator Ola Krainski was on hand to assist and answer question, the timing of it all left me a bit breathless. According to the original Google[x] design sprint, it’s usually a five-day activity, but the summit organisers were able to compress it to even less than that — 3 hours to be exact. 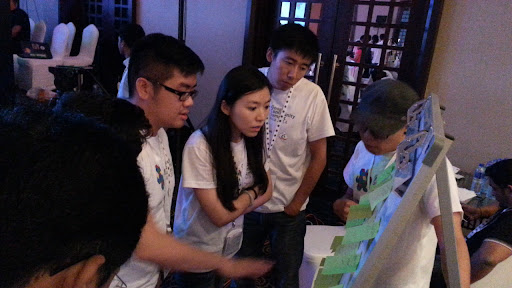 One of the key things why our app stood out, in my opinion, was in the true collaborative effort of our team members. We simply followed instructions, tuned down on the ego, collectively wanting to win the sprint so badly, yet being very much open-minded to each other’s ideas. No one tried to outdo each other or insisting that one’s idea was better than the other, and instead just deciding over which solutions best fit the needs of the user. Although my design got voted most, I recognised the gaps within my proposed solution that can clearly be filled by combining our team’s other designs that got significant votes. 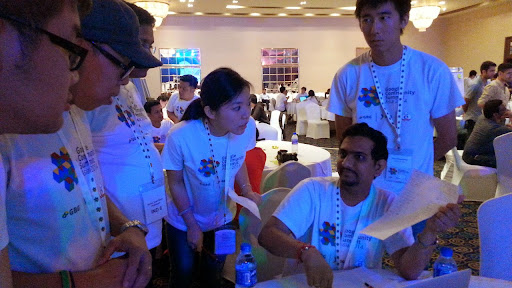 In the end, the final solution was really an amalgamation of four truly exceptional proposed designs. As much as I was proud of our proposed app, it still took me by surprise that our app was one of the two highest voted apps amongst all the 20 something designs that were formed during the summit. 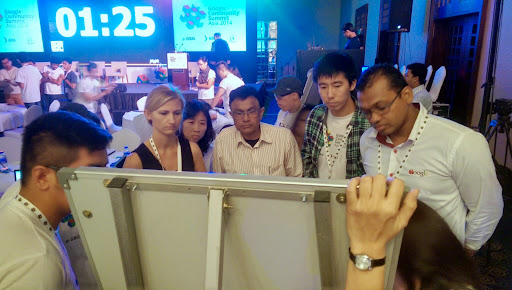 And yeah, I was screaming and jumping out for joy 🙂 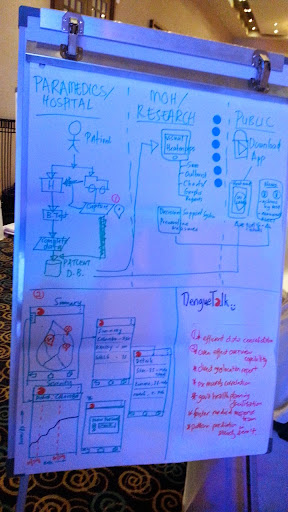 The product design process of Google[x] was truly a sprint in every sense of the word. Individualistic, but uniquely collaborative. Avoiding overthink and just getting the product out. The timeframe was so compressed that it forces us to really focus on just the critical features. And it was amazing and well worth the stress!

After the sprint, I had the chance to discuss with several people about their experiences with the process. I realised that for those who were slightly more pedantic with product design due to their previous experience and knowledge, it was a bigger challenge for them to adapt. And this is where I think it’s important that we need to allow ourselves to constantly be open to new ways of doing things. Learn, unlearn, and relearn.

Egos get in the way, too. When we’re unfamiliar with each other, and we end up trying to one-up each other because we insist our way is the right way, the process becomes useless, because it wasn’t about the solution or the product anymore.

Speaking of which, even while I was kind of expecting it, the competitiveness still took me by surprise. I even got a good laugh, when there were rumours spreading way after the sprint has ended, that people were complaining that our group — and weirdly, just our group — “cheated” because we teamed up in advance of the summit, and that gave us the advantage over others in creating a better design. And I was, like, WTF? We had two extra people joining us at the last minute, we never met each other apart from a few email replies here and there, and we were told to do research BEFOREHAND. We also had the same access to information as everyone else when it came to the use case and problem. We didn’t even know about the Google[x] design sprints. We haven’t even totally won yet. And our group was singled out for that.

Well, I guess that’s competition for you.

At the end, though, everyone agreed — the presentation of the design mattered. Our group was not only able to explain it within the stipulated 1-minute frame, but we were also able to explain the use case of the app in a way that conveys its benefits, while simultaneously created a story that engages the user with the app. 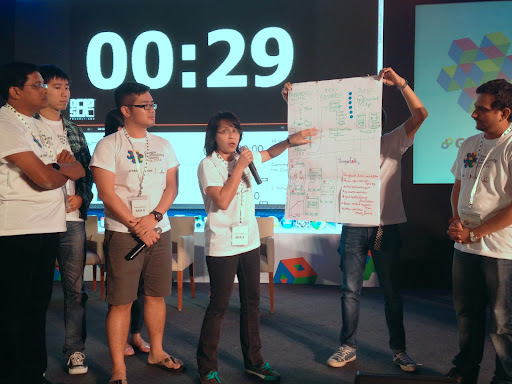 Overall, I’m excited that we’ll be making an impact on Sri Lanka by getting a chance to build the aptly named mobile app called DengueTA.lk. We have until 1st October before the final presentation. In the mean time, I could see a major benefit of running this design sprint in our community, which badly needs a sprout of startups to get the tech community up to the level I envision it could be.

Before I forget, let me just tag Team 2 (named Team 133t in the registration form) as a sign of my thanks for being awesome: Shirish, Vimal, Johnn, Curry, Fei and Xiamei/Fengxiang.

Posted on 3 September, 2014 under Life in reality and tagged with #gcsa2014, design sprint, google, hackathons