My HTC Desire and Canon PIXMA saved the day

The time-sucking effort that is ISO preparation caused me to lose more than a month’s worth of blogging time. Nevertheless, I learned something new within that period that delighted the computer nerd in me, all thanks to my handy-dandy Android phone and my WiFi-capable home printer. During our ISO document review workshop last June, the updates we had to make on our procedures were ridiculous that we couldn’t do a proper re-read without killing some trees and reprinting the documents several times. But what can you do when the 2-star hotel you’re using has less than adequate IT/computer/communications/network facility?

Thinking on my feet, I set up a wireless network on a whim by switching on the portable hotspot on my phone, and brought over my personal printer from home so that any workshop participant with a working WiFi connection on their laptops can not only surf the Web via my broadband connection, but also connect to the printer, which I’ve also set up to connect to my smartphone’s hotspot. 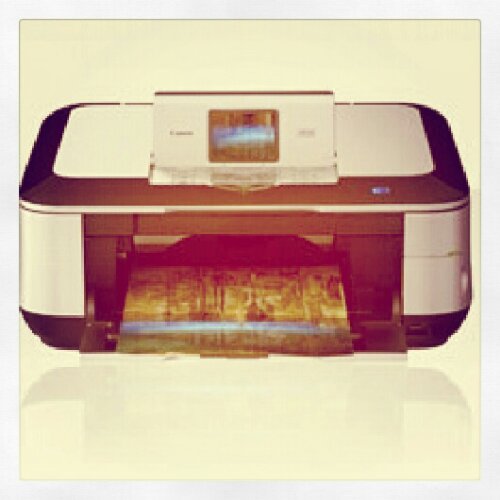 This Canon Pixma MP648 printer model looks just like the one I have at home.

The convenience in this is that I don’t have to deal with any cable other than the printer’s power cable. Setting up took me less than 5 minutes. I daresay that many people were impressed with how fast everything was set up, and packed up once the workshop was over.

I found a couple of disadvantages of using this network setup pretty quickly throughout the workshop, too. By default, HTC Desire’s hotspot could only accommodate 5 connections at any one time. This means that, excluding my Canon printer, there could only be four computers connected to the network. So, what happened was that any time someone wanted to use the printer, I had to ask someone else to disconnect his or her computer connection from the network before the other person can use the printer.

Related post:  5 ways to make an impact as a new employee

Another issue I had was making sure that those who needed to use the printer has the required driver installed. Luckily, I anticipated that issue and had a copy of the printer’s driver in my USB flash drive ready to install whenever someone needed it.

This is the first time that I have ever had to utilize a wireless, portable network. Implementing it has been smooth sailing, too. I’d recommend this kind of network setting to any one who needs to set up a network in an emergency situation such as mine.

Posted on 6 August, 2012 under Life at work and tagged with networking